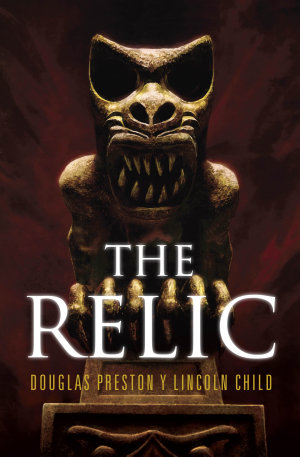 I liked Relic. Museums in general are cool, and a big, old badass of a place like the New York Museum of Natural History is especially cool. All the details in this book lent a realism to the place that sent chills down my spine. Plus, ill-fated archeological/anthropological digs that disappear in South America with all hands on board (so to speak)? Awesome. And it’s even better when said ill-fated adventurers manage to send a bunch of big, wooden boxes full of all these strange things they discovered back to their museum just before they mysteriously disappear.

The thing with this novel is that if you’re not one of those people who love learning lots and lots of details about famous museums full of old, wet tunnels, or museum politics, or genome sequencing software run by ambitious museum researchers/assholes … then you are probably not going to like it.

But, since it just so happens I am one of those people, let’s proceed.

The characters in this story are pretty standard – there’s the main character (I don’t know if you can call her the protagonist, since the POV shifts around in Relic), young, attractive Margo Green, grad student in ethnopharmacology; then we have Bill Smithback, who is also young, and apparently attractive who is the museum journalist (?).  He is trying to write a “hard-hitting” history of the museum, but he keeps getting blocked by the mean, old director. Oh, and he also hits on Margo every chance he gets. There is a member of New York’s Finest – Lieutenant Vincent D’Agosta – he gets called in to run the investigation when bodies start showing up dead in the museum. Naturally, he wants to shut the whole place down while the cops investigate, and just as naturally, the museum has a big, important exhibit opening in a few days, so closing the place down now would just ruin them. Then there is the fascinatingly mysterious Special Agent Pendergast from the FBI. He’s there because there were similar murders years ago in New Orleans and he wants in on the case.  Pendergast, unlike most FBI agents does not want to “take over” from D’Agosta, so the two form a partnership to track down the killer.

Which brings us to the Relic itself. The big museum opening is going to be about “Superstition” and one of the treasures on display is from the mysterious Kathoga tribe in South America.  The “relic” in question arrived in one of the doomed-expedition’s wooden crates that were, until recently, sitting in storage deep in the museum’s bowels. It turns out the figurine represents a real monster that also arrived in the wooden crates. According to The Extrapolator (!)– the DNA genome sequencing machine – the Relic is part primate and part gecko (and part insurance shill?

To sum up, Relic is definitely worth a look – if for no other reason than it has a very nice monster. It’s also the first time we meet Special Agent Pendergast, who goes on to have a lot of other adventures with Lieutenant D’Agosta in New York City. Don’t let the size of the book fool you into thinking this might be long and dull. For the right reader it zips along at a good pace, with lots of realistic details, and plenty of chills.

5 thoughts on “Relic, by Douglas Preston and Lincoln Child”

This site uses Akismet to reduce spam. Learn how your comment data is processed.

Advice from an Editor's Desk

Musings and books from a grunty overthinker

Horror, action and exploitation movies that aren't really awful at all.

Tell your ghost story. Read some of mine.